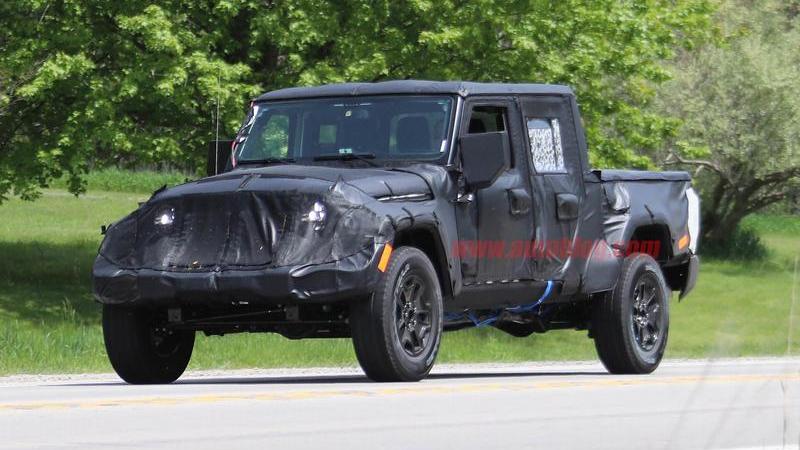 With its 2019 launch date soon approaching a lot of questions remain around what is known about the upcoming Jeep Scrambler. Although there isn't too much, we have enough to build our expectations. The biggest break of all had to be the rounds of spy shots that can confirm a lot of things; that its actually happening, size, capability, design, proportions, suspension and the list goes on. Most importantly we get to see in what ways it differs from regular Wrangler models, wheelbase being one of them. Hopefully before this quarter is out spy shots revealing more of the body will come out.

Quote:
We’ve seen plenty of Scrambler spy photos in the past and all of them have been from a distance and relatively blurry. That’s because Jeep has been zealously guarding their test mules and photographers had a hard time getting close enough to take clear shots. Now AutoBlog has released new shots taken from a shorter distance and these are definitely clearer.

Caught roaming around FCA’s North American headquarters in Auburn Hills, Michigan, the pickup definitely looks like it’s based on the 2018 Wrangler Unlimited platform. Aside form the obvious truck bed, everything else looks almost identical down to the C-pillar and rear doors. Of course on the Unlimited, these doors are angled to make room for the rear wheels. As the pickup’s wheels are sitting farther back on the wheelbase, Jeep will need to make a styling tweak to hide that now flat area.

Though unclear to us, AutoBlog editor Joel Stocksdale used his eagle eyes to examine the Scrambler’s rear suspension system. He found the “shock placement and low anti-roll bar” to be similar to what you’d fine on the Ram 1500 and there are coil springs at all four corners. A solid front axle is to be expected as well.

Capability is one area the Scrambler has to stand out in to be a true rival in this competitive pick-up segment. Thankfully being part of FCA gives them an advantage. Among these advantages are a range of parts and components such as the two powertrains we can choose from, a 3.6-liter Pentastar gas V-6 or 3.0-liter diesel V-6. Both leaked in a document months back. Towing capacity is expected to be around a reasonable 6,500 LBS, appropriate for its segment and a great divide between it and the other pick-up FCA has, the RAM 1500 at around 10,000 LBS. All of this has been achieved all while keeping curb weight down to around 4,675 LBS.

Quote:
Some may be aware of the leaked owner and user manuals for the upcoming Wrangler JL. Now we have the Wrangler pickup’s tow rating spreadsheet courtesy of Jalopnik.

Also known as the Scrambler, Jeep’s upcoming pickup should be offered with two engine options; a 3.6-liter Pentastar gas V-6 and a 3.0-liter diesel V-6. Looking at the leaked document, there are two distinct sections. One has the word NAFTA written vertically and as it stands for North American Free Trade Agreement, we can assume that these models are U.S. spec.

Depending on the trim and engine, the Scrambler has a gross vehicle weight rating (GVWR) of 6,075 to 6,500 pounds. That allowance accounts for the vehicle’s own weight, passengers, fuel, accessories, and cargo but excludes trailers. Similar to its GVWR, the Scrambler’s payload is also engine and trim specific with base models rated at 1,400 pounds and premium at 1,100 pounds.

For those who likes to take their boat or trailer out, the Wrangler based pickup can tow up to 6,500 pounds. This applies to every trim and engine option available.

They’ve also managed to calculate the vehicle’s curb weight by subtracting the maximum payload from the GVWR, which equals to 4,675 pounds for the base trim 3.6L Pentastar. 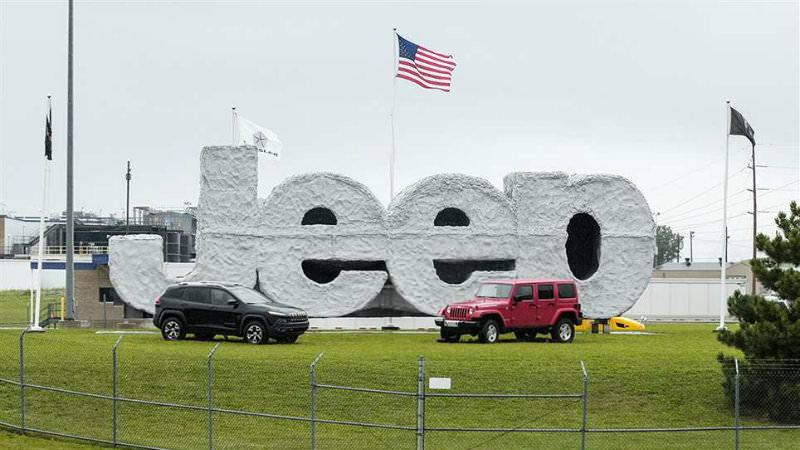 This fall is the earliest you can expect these Wrangler based pickups to show up online and even at in-person events all depending on when production kicks off. Around that time we should expect to see reviews and first drives from the typical automotive and truck publications. With JK production recently ending it should factor into Jeeps allocation of resources to the Scrambler, when that happens 100,000 Scramblers will churn out. Details are few and very limited, even its nameplate, in the coming weeks all of that will change.

Quote:
Expected to launch some time next year, Jeep may start pushing Wrangler based pickup prototypes off the assembly line before its launch. Perhaps as soon as this fall because production of the JK generation Jeep Wrangler is set to end on April 7 this year.

According to Automotive News, Hyundai Mobis North America notified the State of Ohio about the JK model’s end of production timeline, which sated the end of production date to be April 7 at Fiat Chrysler Automobiles' Toledo, Ohio plant. Even the necessary layoff notices have been filed.

Once JK Wrangler production officially ends, Jeep will be retooling the plant in preparation for their new Wrangler based pickup. The Toledo plant has a production capacity of around 300,000 units annually and they plan to use a third of that to assemble about 100,000 Wrangler pickups. Maybe we’re being optimistic, but that seems like enough Wrangler pickups to satisfy fans of the upcoming vehicle.

Perhaps carrying the Scrambler nameplate, much about the pickup is still hidden but we were able to piece together a broken image of what the production model could entail. Looking at various automotive publications online, we were able to figure out what the vehicle’s possible tow rating could be and the tires it may be offered with. 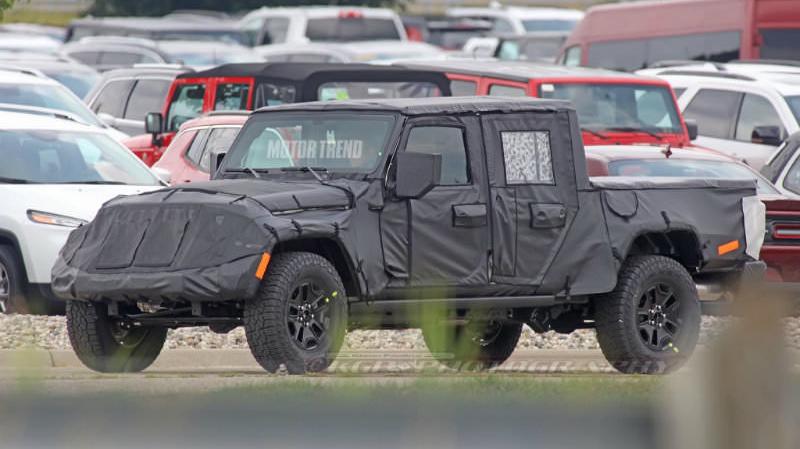 Given all the information surrounding the Wranlger-based Jeep Scrambler it seems that availability of this 2019 model could happen as soon as early 2019. Right now during a critical moment while production shifts over from the JK Wrangler to Scrambler it will take time to finally get customer order out, although inbetween that don't be surprised if production-ready prototypes and pre-production models start showing up. No word on when order books will open, keep an eye out for information online and at your local Jeep dealer.

Quote:
It was only a matter of time until Jeep reveals to fans the release date of their much anticipated Wrangler based pickup and now we have confirmation from the FCA head honcho himself, Sergio Marchionne. Speaking with Motor Trend at the North American International Auto Show, he revealed to them the Scrambler’s 2019 launch date.

Some enthusiasts were probably hoping for a 2018 debut following the new Wrangler’s release, but assembly logistics is pushing the pickup’s launch date to 2019. It’s not because the vehicle is still in its developmental phase because Marchionne said “the product is done” and ready for launch.

What’s holding the Scrambler back is the Toledo complex’s production capacity and how long it’ll have to be shut down for retooling. Both generations of the Wrangler will be built at said plant and “We can’t lose any Wranglers. Unfortunately the financial damage associated with a shutdown of the plant in Toledo is tremendous, so we decided to keep on running the old Wrangler while this one was coming out.”

Once production of the 2017 Wrangler ends this March, the plant’s Supplier Park section will be closed for nine months. During this time, the facility will be retooled and tested before Scrambler production starts early next year.
If you need Admin assistance please post here:

To view links or images in signatures your post count must be 10 or greater. You currently have 0 posts.