Join Date: Jan 2016
Posts: 22
Wrangler Based Pickup May Not Be a Scrambler

Though it was never confirmed by Jeep themselves, brand enthusiasts assumed the upcoming Wrangler based pickup would carry the Scrambler badge. We have been exclusively referring to it as the Scrambler since last year and now we hear from Automotive News (AN) that the pickup could carry a different nameplate.

Of course and we don’t expect for Jeep to just pick a name without having it thoroughly vetted and green lit by a panel, but with rumors circulating around various automotive publications for so long, we took the future Scrambler name as fact. Perhaps that was presumptuous of us and them.

Speaking with AN at North American International Auto Show, FCA US CEO Sergio Marchionne said; "I don't know the name of the pickup truck. That thing usually goes through this mysterious divining process, which has not started; that weird voodoo chanting and that stuff has not started.”

When questioned if the Scrambler nameplate will be making a comeback, Marchionne provided an unclear answer. "We need to go through this [process], and then eventually we come up with the right level of wisdom and can pick a name, but we're not there, “he said. “We've done these things before, so there's a history of the truck, but I don't think we should go back and reuse it. But we'll see."

We may have to wait for the Wrangler based pickup’s reveal for a definitive name. In the meantime, Marchionne let loose a few other tidbits during his interview. He said the truck will be expensive and maybe sized similarly to the Chevrolet Colorado and Ford Ranger. Once it goes on sale, FCA is expecting to see less than 100,000 moved per year.

Let us know below what name you think the Wrangler pickup will carry.


Join Date: Jan 2016
Posts: 782
I honestly think they should bring back the nameplate give the fact this time around we're getting more than just a Wrangler truck but a real pick-up. I fear that some people will see it as ONLY a wrangler with a bed when that's not exactly the case.
Offroader is offline
Quote
post #3 of 7 (permalink) Old 02-04-2018, 02:26 AM
Jeepster
Senior Member


Join Date: Jan 2016
Posts: 389
They said "there's a history of the truck", meaning they may not want people comparing the new pickup to what Jeep has produced in the past. Starting a new chapter if you will, and I can understand why they want to do this since it's a different product from what came out years ago.
Jeepster is offline
Quote
post #4 of 7 (permalink) Old 02-05-2018, 12:29 PM
Tailgate
Senior Member


Join Date: Jan 2018
Posts: 120
I don't really think it matters what badge/name they decide to throw on it as long as it delivers as a practical pickup. I can understand that they may not want to reuse the nameplate of a vehicle they've made in the past, as Jeep is hoping to make new ground with the Scrambler. That being said, if its successful, I wonder what the chances are of us getting other Jeep pickups such as the rumored Gladiator. I hope the is the first step into Jeep venturing into the utility truck segment. 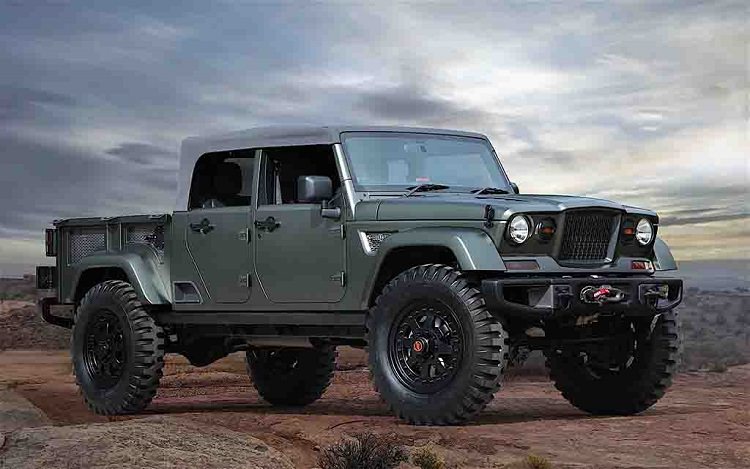 
Join Date: Jan 2016
Posts: 782
I agree but any time they can use a name that has historical value then it will be used regardless unless the new product is so different that it would be wrong to use an old name.
Thankfully FCA learned with the Dart as to how they should use historical names next time around.
Offroader is offline
Quote
post #6 of 7 (permalink) Old 02-17-2018, 02:35 PM
Tailgate
Senior Member


Join Date: Jan 2018
Posts: 120
Well I think a large part of attracting new buyers, is by appealing to those who have owned the original/previous generation of vehicle. While there may be significant changes to what the vehicle offers, it's typically an easy sell, for those who have a fond memory/history with the Scrambler.
Tailgate is offline
Quote
post #7 of 7 (permalink) Old 02-20-2018, 12:43 PM
Offroader
Senior Member


Join Date: Jan 2016
Posts: 782
Quote:
Originally Posted by Tailgate View Post
Well I think a large part of attracting new buyers, is by appealing to those who have owned the original/previous generation of vehicle. While there may be significant changes to what the vehicle offers, it's typically an easy sell, for those who have a fond memory/history with the Scrambler.
One problem with that is we haven't had a Jeep like this in a very long time, its been decades. That is long enough to change the type of buyers of the same product today especially with all the options we have these days. The only way Jeep will win in this segment is by appealing to the larger mid-size truck segment these days, people who are into the Tacoma, Colorado, etc.
Offroader is offline
Quote